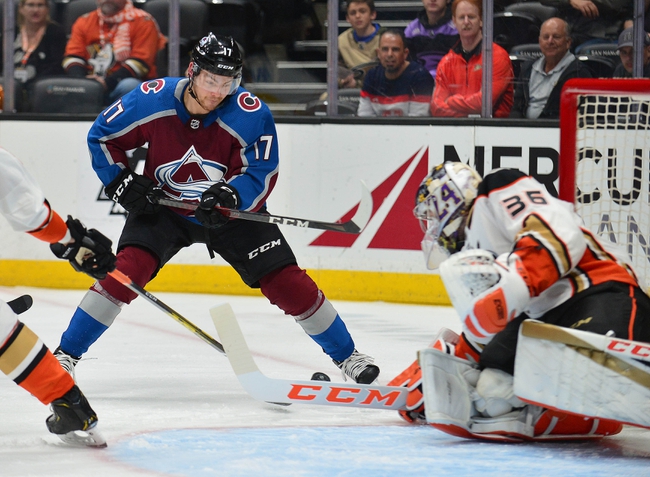 The Anaheim Ducks and Colorado Avalanche meet Wednesday in NHL action at the Pepsi Center.

The Anaheim Ducks have had their way with the Colorado Avalanche over the years, which includes wins in three of the last four meetings, but this year these clubs are heading in completely different directions and there's only way to go here. The Anaheim Ducks are just not a good hockey team this season and it doesn't help they're on the end of a back to back. The Colorado Avalanche have caught fire these last couple of weeks and are one fo the more trustworthy defensive teams in the league. Give me the Avalanche at home and the PL for added value.