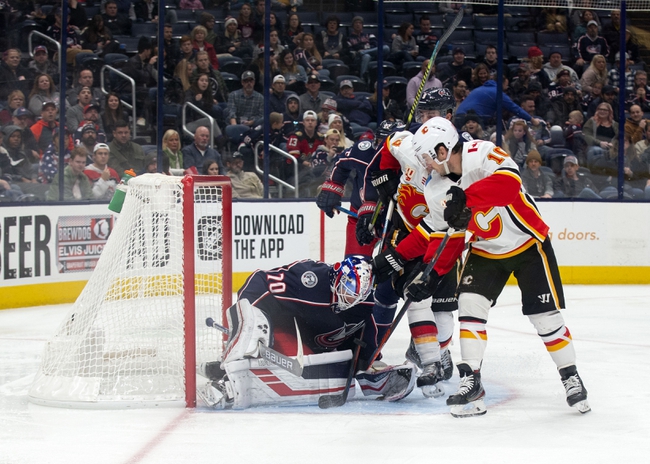 Where to Watch: RSNW, FSOH Stream live sports and exclusive originals on ESPN+. Sign up now!

The Columbus Blue Jackets and Calgary Flames meet Wednesday in NHL action at the Scotiabank Saddledome.

The Columbus Blue Jackets are a team I always consider with the plus money simply because you can trust them defensively, but at some point you have to blindly fade them when they lose 10 of their last 12 games. The Calgary Flames have done some of their best work against average or below average teams, and they've won three straight against the Blue Jackets, outscoring them 16-8 during that span. I'll lay the juice with the Flames.