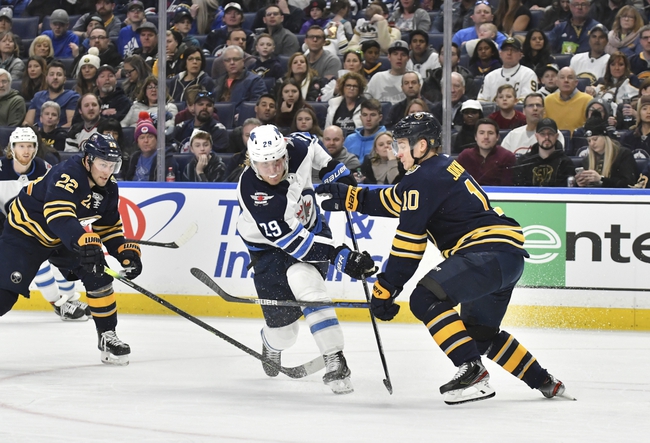 Where to Watch: MSGB, TSN3 Stream live sports and exclusive originals on ESPN+. Sign up now!

The Buffalo Sabres and Winnipeg Jets meet Tuesday in NHL action at the Bell MTS Place.

The Buffalo Sabres have won six of the last nine meetings against the Jets, including a 2-1 victory just last week. The problem is the Sabres can't seem to make up their mind on what team they want to be, as right when they show progress, they lose three straight and go back to being in the red on the season. The Winnipeg Jets aren't the most consistent team in the world themselves and are going through a losing stretch as well, but they've been more trustworthy overall and have actually been quite profitable. I'll side with the Jets on their home ice.