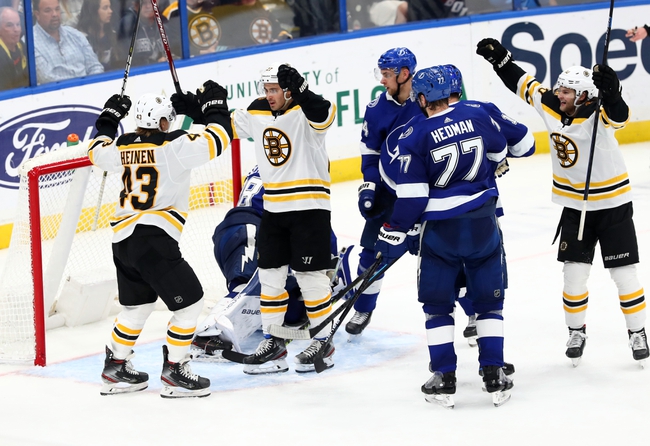 Where to Watch: NBCS, RSNE Stream live sports and exclusive originals on ESPN+. Sign up now!

The Boston Bruins and Tampa Bay Lightning meet Tuesday in NHL action at the Amalie Arena.

I strongly considered the Boston Bruins and the plus money simply because they're playing as well as anybody in the league and you don't get them in the underdog role often these days. With that said, you rarely get the Tampa Bay Lightning and cheap prices, especially at home where it's nothing to see them priced at -200 or higher. The Tampa Bay Lightning are due for a bounce back victory and they've won nine of the last 10 meetings against the Bruins. Give me the Lightning on their home ice.