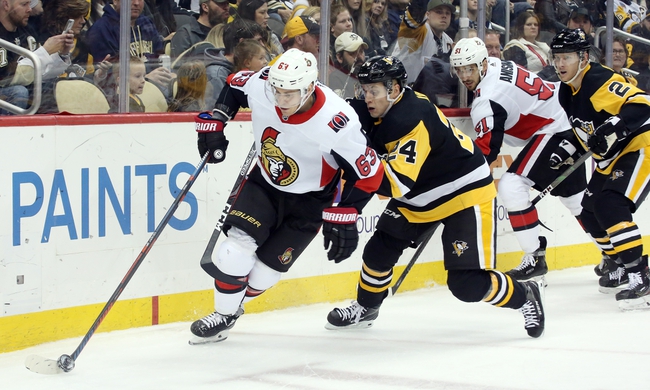 Where to Watch: TSN5, ATTP Stream live sports and exclusive originals on ESPN+. Sign up now!

The Ottawa Senators and Pittsburgh Penguins meet Tuesday in NHL action at the PPG Paints Arena.

The Ottawa Senators have been able to string a few wins together the last couple of weeks, but that hasn't stopped them from being the second worst betting team in the league behind only the Detroit Red Wings. The Pittsburgh Penguins have gone ice cold out of nowhere, but this seems like a good spot for a bounce back performance, especially with them outscoring the Senators in the last two meetings, 10-5. The Penguins have won seven of the last 10 meetings against the Senators and six of those seven wins were decided by two or more goals. Give me the Penguins and the PL.