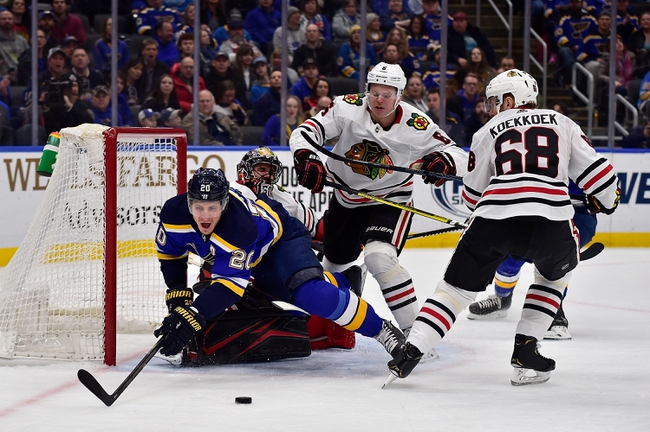 The Bruins remain the best team in the league and added two more wins to their record this week.

The Bolts finally put an end to their four-game losing streak. This team is still extremely dangerous and should be considered serious contenders.

The Blues were able to win three one-goal games, which has been their specialty all season long.

The Caps got two much-needed wins against Winnipeg and Minnesota. The Caps have a slate of Metro division games ahead.

The Avs have won three straight games by the exact score of 3-2 in regulation. Nice!

The Flyers, like Colorado, are red hot and are three points behind the Capitals for the Metro division lead.

The Golden Knights snapped their win streak with a loss to the Kings, which is a very sour end to a great stretch of hockey.

It is getting ugly for the Pittsburgh Penguins, who have lost six games in a row, all of which being in regulation.

The Islanders’ offensive woes continue as the Isles have not scored in 100 minutes + of game time.

The Leafs took down some solid competition this week and will look to do more damage on a feasible California weekend.

The Oilers lost two of three this week and they need to make it through their upcoming road trip alive.

Columbus has been struggling, but they were able to comeback against Vancouver to get a huge win to keep their Wild Card hopes breathing.

The Canes have dropped three straight and have a five-game road trip ahead.

The Flames road trip has ended and they were able to pick up three wins and an overtime loss. Not too shabby.

The Rangers lost a home-and-home to the Flyers to officially bring them back to planet Earth.

The Canucks blew a two-goal lead in the 3rd to Columbus to extend their losing streak to three games.

The Panthers have gone through a pretty ugly stretch, winning one out of their last six games.

The Yotes broke even at 1-1 this week as they prepare for a three-game Western Conference road trip.

The Predators won two of three this week as their minimal playoff hopes are still alive as long as they continue this level of play.

The Jets shutout the high-scoring Capitals offense on Thursday but that was the only big highlight of a three-point week for Winnipeg.

The Canadiens grabbed the overtime win over the Canes at home as they get ready for a three-game road trip.

The Sabres defense remains a big issue as they were outscored 12-6 this week.

The Blackhawks swept the Florida road trip with wins over the Lightning and Panthers this week.

The Ducks spoiled the Oilers and Penguins hopes of an easy win but then were shutout by the Devils.

The Sharks ended a five-game losing streak with two wins over Eastern Conference teams in New Jersey and Pittsburgh.

The Senators salvaged their dignity with a shootout win over Detroit in their last game.

Look at those Kings go! Three straight wins, including victories over the Golden Knights and Penguins.

The Red Wings officially have the toughest remaining schedule in the entire league. So yes, it can get any worse.