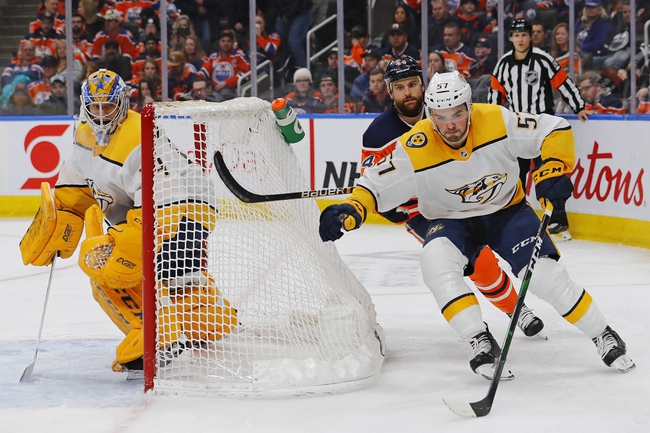 Where to Watch: FSTN Stream live sports and exclusive originals on ESPN+. Sign up now!

The Edmonton Oilers and Nashville Predators meet Monday in NHL action at the Bridgestone Arena.

The Edmonton Oilers have had issues with consistency lately and can't string wins together, and now they're playing on the road against an Oilers team that's won seven of the last 10 meetings against them. The Nashville Predators are enjoying one of their best stretches of the season and they're usually one of the toughest teams in the league at home this time of year. Because of the inconsistency of the Oilers and the history between these two teams, I'll side with the Preds at home and the cheap price.