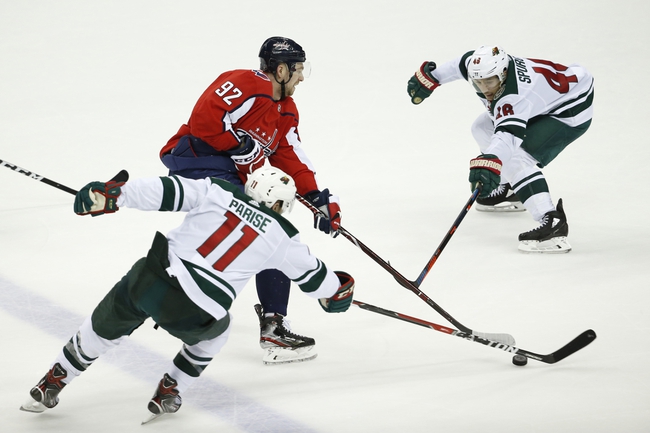 The Washington Capitals and Minnesota Wild meet Sunday in NHL action at the Xcel Energy Center.