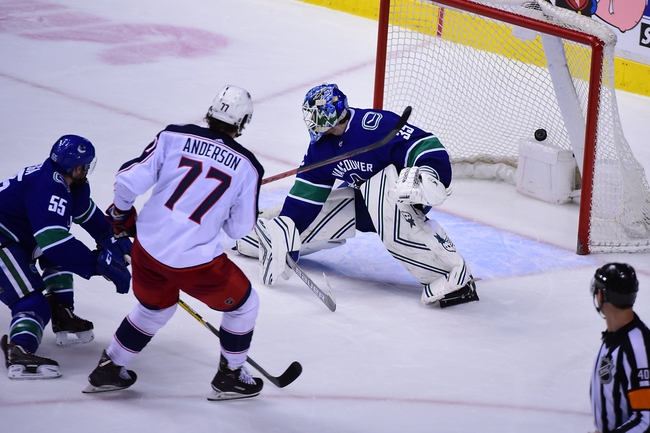 Where to Watch: Sportsnet, FS-Ohio Stream live sports and exclusive originals on ESPN+. Sign up now!

The Vancouver Canucks and the Columbus Blue Jackets meet in NHL action from the Nationwide Arena on Sunday evening.

The Vancouver Canucks will try to rebound from a 4-2 loss to Toronto in their last outing. Toronto opened the scoring less than three minutes into the game before Tyler Motte tied the game at one just 2:43 later. The tie lasted all of :57 before Toronto re-took the lead but Tanner Pearson tied the game at two with just under nine minutes to go in the opening frame. The tie would hold through the 2nd and into the 3rd where Toronto took the lead :18 into the frame and added an empty-netter with less than two minutes to go to secure the win, despite being outshot 13-11 in the 3rd period. Thatcher Demko took the loss, falling to 11-8-2 on the year after allowing 3 goals on 29 shots faced in the losing effort.

The Columbus Blue Jackets will look to rebound from back-to-back losses of their own after a 5-0 loss to Minnesota last time out. Minnesota stormed out to a 2-0 lead with a pair of goals :34 apart early on in the 1stbefore the Wild went up 4-0 in the middle of the 2nd period with goals 1:38 apart. Minnesota added a 5th goal for good measure with just under eight minutes to go in the game, adding salt to the wound as Columbus was dealt yet another loss. Joonas Korpisalo took the loss, falling to 18-11-4 on the year after giving up 4 goals on 15 shots faced in the losing effort.

This line makes no sense to me. Sure, the Blue Jackets have an extra day of rest while Vancouver had to deal with Toronto, but the Canucks are playing miles better than Columbus right now as the Blue Jackets simply can’t buy a win. The head-to-head trends resoundingly point to Vancouver in pretty much all facets here. I’ll take Vancouver and the plus money on Sunday.