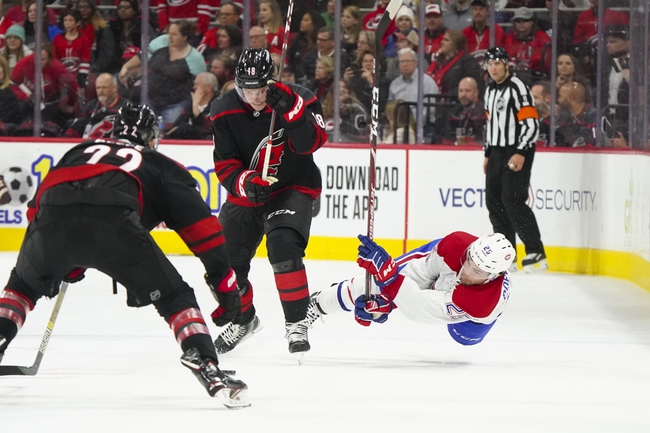 Where to Watch: FSCR, CiTV Stream live sports and exclusive originals on ESPN+. Sign up now!

The Carolina Hurricanes and Montreal Canadiens meet Saturday in NHL action at the Centre Bell.

The Carolina Hurricanes are coming off a tough loss last night to the Colorado Avalanche, and now they have to travel to the Centre Bell on the end of a back to back. Just a brutal schedule spot for the Hurricanes, even if they've been terrific in these spots all season. The Montreal Canadiens are due for a feel good victory after the month they've had, and they have a clear rest advantage in this contest. If the Habs can't get the job done here, they should probably just pack it up for the year. I'll lay the cheap price with the home team.