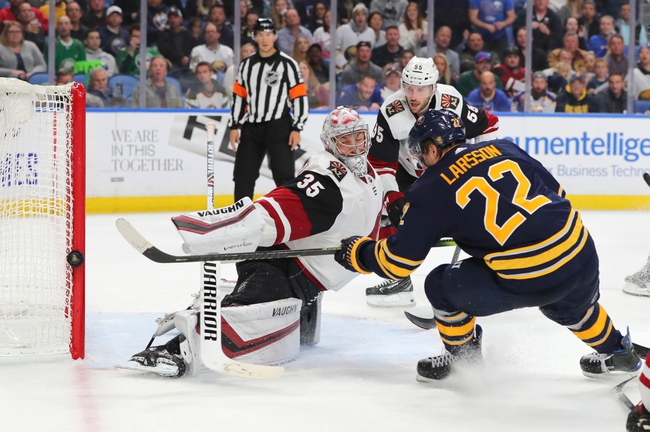 Where to Watch: FSAZ+, MSGB Stream live sports and exclusive originals on ESPN+. Sign up now!

The Buffalo Sabres and Arizona Coyotes meet Saturday in NHL action at the Gila River Arena.

The Buffalo Sabres just can't make up their mind when it comes to what team they want to be, and they're horrible on the road and on the end of back to backs dating back to last season. The Arizona Coyotes should be favored, however, they're a team that's given us very little reason to want to get behind them in the favorite role. The Coyotes have not only lost seven of their last 11 games, but they've failed to beat the teams they're supposed to beat, and they're a top-10 least profitable team in the sport. I'll side with the Sabres simply because of the plus money.