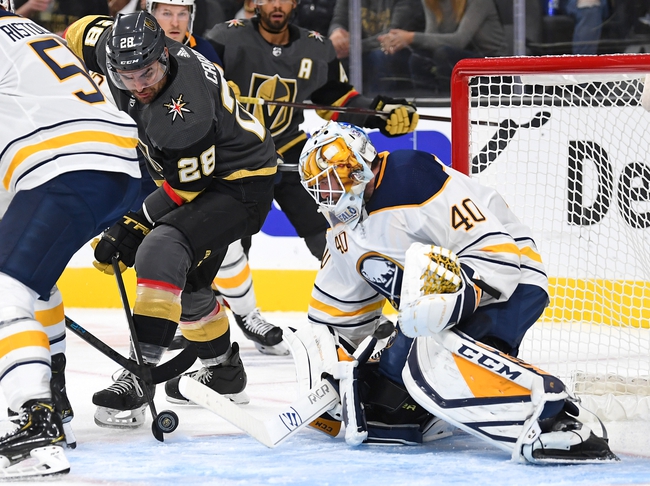 Where to Watch: MSGB, ATRM Stream live sports and exclusive originals on ESPN+. Sign up now!

The Buffalo Sabres and Vegas Golden Knights meet Friday in NHL action at the T-Mobile Arena.

The Buffalo Sabres seem to have returned from the dead and have been a nice back over the last couple of weeks, as they've cashed some nice tickets in the underdog role. The Sabres have also won the last two meetings against Vegas, so you can make a case for the plus money in this spot. The problem is the Vegas Golden Knights have caught fire lately and aren't the team you want to step in front of. Vegas must know that the playoffs are right around the corner, and the Golden Knights have been beating up on teams, averaging 4.1 goals during this seven-game winning streak. Give me the Golden Knights and the PL.