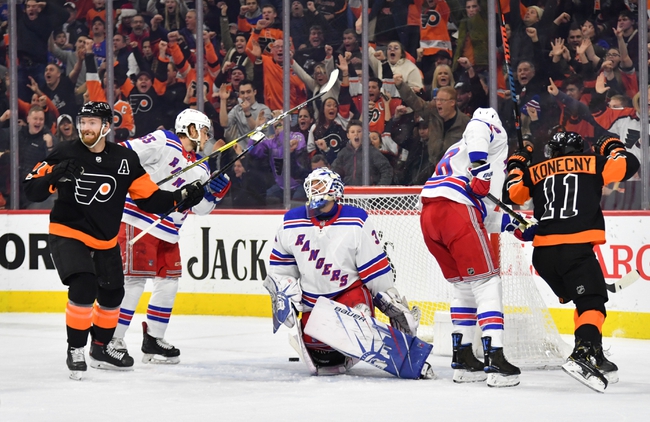 Where to Watch: MSG, NSPA Stream live sports and exclusive originals on ESPN+. Sign up now!

The Philadelphia Flyers probably should be favored, as they're playing great hockey, have the rest advantage and have won seven of the last eight meetings against the Rangers. However, we've been riding the New York Rangers a lot during this winning stretch and continue to blindly back them in the underdog role, and all they keep doing is winning games. Things like this eventually come to an end, but until the tickets stop cashing, there's no point to bet against the New York Rangers and the hot hand.