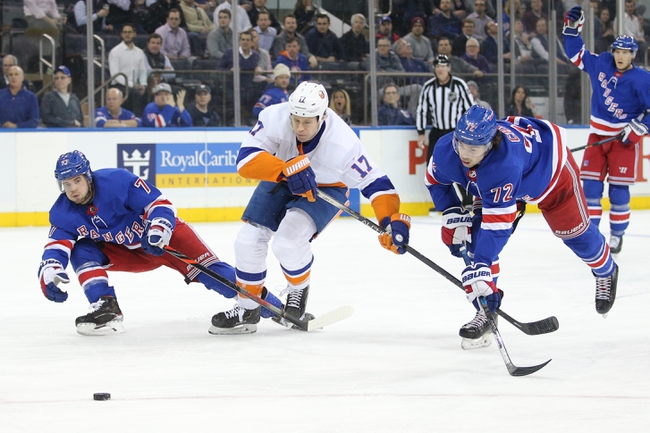 Where to Watch: MS+2, MSG Stream live sports and exclusive originals on ESPN+. Sign up now!

I said about two weeks ago that the New York Rangers are a team to watch down the stretch, as they're playing much more balanced hockey and those defensive issues were getting cleaned up. Well, the Rangers have won seven of their last eight games and are the most profitable team in the sport right now. Not to mention the Rangers have won four of the last six meetings against the Islanders. Not sure how you can go wrong in this contest. Once again, give me the Rangers and plus money.