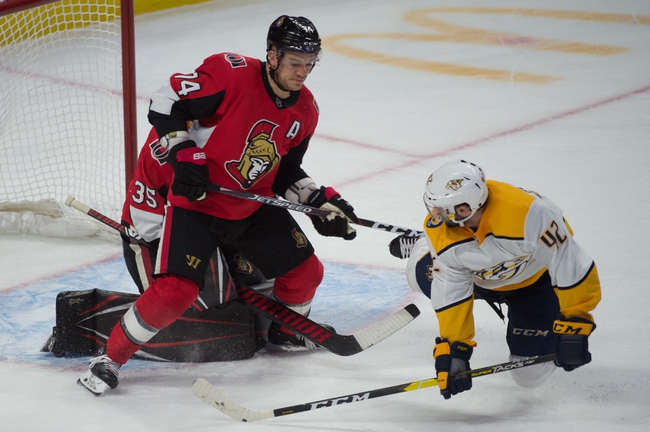 The Ottawa Senators and Nashville Predators meet Tuesday in NHL action at the Bridgestone Arena.

The Ottawa Senators continue to come up short, and they're now on the end of a back to back, something where they've had zero success lately. The Nashville Predators have picked up their play over these last two weeks and their home overtime win over the Blue Jackets could be a added shot in the arm as they gear up for a stretch run. Bottom line is I can't back the Ottawa Senators with any confidence, especially in these tough schedule spots. So, give me the Preds and the PL for added value.