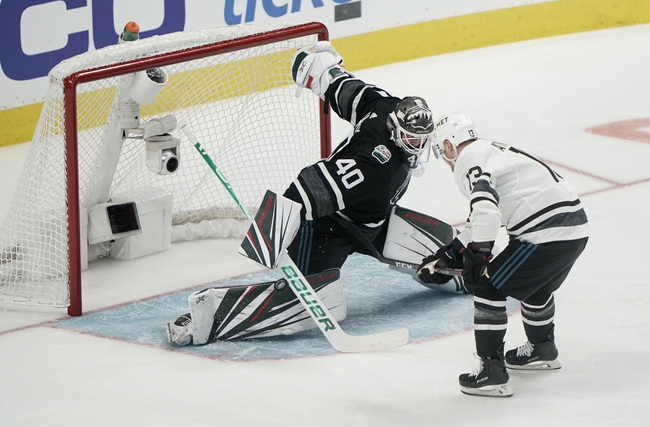 The Columbus Blue Jackets and the Minnesota Wild meet in NHL action from the Xcel Energy Center on Tuesday night.

The Columbus Blue Jackets will look to build on a 4-3 overtime win over the Ottawa Senators in their last outing. Nick Foligno opened the scoring for the Blue Jackets just over four minutes into the game before the Senators tied the game at one just past the midway point of the opening frame. The Senators would take the lead just before the halfway mark of the 2nd, but Foligno would come to the rescue again, tying the game at two just 2:37 later. Ottawa took the lead just over nine minutes into the 3rd, but Stefan Matteau tied the game at three for Columbus just :29 later. The remaining 10 minutes couldn’t produce a winner, so it was off to OT where Emil Bemstrom potted the game winning goal with just :25 to go in the extra frame, giving Columbus the win and the extra point that goes along with it. Joonas Korpisalo got the win to improve to 18-10-4 on the year after stopping 14 of 15 shots faced in relief of Elvis Merzlikins who started the game but left in the 2nd period due to injury.

The Minnesota Wild will look to bounce back from a 4-1 loss to St. Louis last time out. The Blues jumped out to an early 2-0 lead with a pair of goals 3:40 apart in the 1st period. Marcus Foligno pulled a goal back for Minnesota just 1:43 into the 2nd period, but that’s as close as the Wild would get as St. Louis restored the two-goal lead just before the midway point of the 2nd and added a 4th goal just over five minutes into the 3rd period. Devan Dubnyk took the loss, falling to 11-15-2 on the year after giving up all 4 goals on 26 shots faced in the losing effort.

I considered the plus money with Columbus after picking up that elusive win to snap their lengthy losing streak, and maybe the Blue Jackets could carry that into this game. However, Columbus lost a goalie to injury in Monday’s loss to Ottawa, and I’m not sure how quickly I’d jump to back Joonas Korpisalo on back-to-back outings after only recently coming back from an injury. And if he doesn’t go, I’m not trying to side with a backup against a Wild team that’s picked up their play lately and plays their best at home. I’ll side with Minnesota in regulation here as I just think the Blue Jackets have too many question marks on their plate coming into this game.