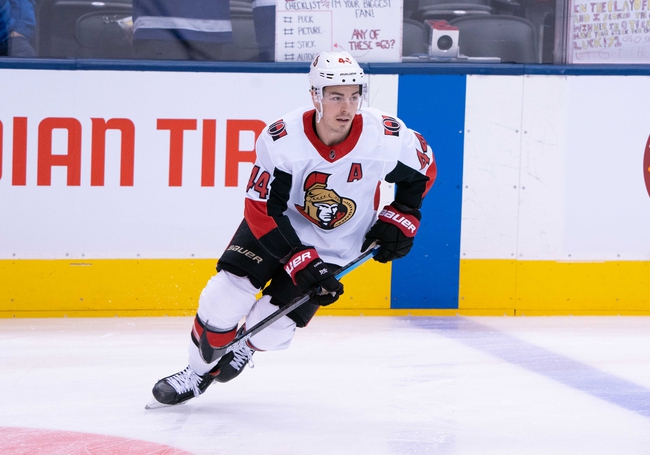 On the 21st, F Ondrej Kase went from Anaheim to the Bruins for F David Backes, D Axel Andersson and a 2020 1st round pick. The B’s also picked up F Nick Ritchie for F Danton Heinen from Anaheim as well.

The Bolts picked up F Barclay Goodrow from San Jose for a 1st-round pick.

The Capitals received F Ilya Kovalchuck for a 2020 3rd-rounder. The Caps also got F Daniel Sprong from Anaheim.

The Blues did not make a move at the NHL Trade Deadline.

Colorado picked up F Vladislav Namestnikov from the Senators for a 2021 4th-round pick. The Avs also picked up G Michael Hutchinson from Toronto.

The Penguins got Patrick Marleau from San Jose for a 3rd-round pick. Pittsburgh also received F Connor Sheary and F Evan Rodriques for F Dominik Kahun in a trade with Buffalo.

The Flyers got F Derek Grant from the Ducks for F Kyle Criscuolo and a 2020 4th-rounder.

The Stars dished out D Emil Djuse for a 2020 6th-round pick (BUF) from Florida.

The Islanders traded for F Jean-Gabriel Pageau from Ottawa and signed him to a six-year, $30 Mil contract.

Vegas received G Robin Lehner from the Blackhawks and got a 2021 conditional 4th-rounder from Winnipeg.

Carolina got D Sami Vatanen and F Vincent Trocheck during the deadline, two major acquisitions. The Canes also got D Brady Skjei from the Rangers.

The Canucks got G Louis Domingue from the New Jersey Devils in a mostly quiet deadline for Vancouver.

The Rangers moved out D Brady Skjei for a 1st-round pick.

The Oilers received D Mike Green, F Andreas Athanasiou, and F Ryan Kuffner from Detroit. They also got F Tyler Ennis from Ottawa on a busy day for Edmonton.

The Jackets picked up F Devin Shore from Anaheim.

Toronto, despite outcries from its fan base, did not make a move other than bringing in D Calle Rosen and F Miikka Salomaki from Colorado and Nashville respectively.

The Flames picked up F Derek Forbort from Los Angeles.

The Coyotes were silent at the NHL Trade Deadline

The Preds brought in D Korbinian Holzer from Anaheim and D Ben Harpur from Toronto.

The Jets picked up F Cody Eakin from the Vegas Golden Knights.

The Canadiens moved F Nick Cousins for a 4th-round pick. The Canadiens also picked up Aaron Luchuk and a 7th-rounder from Ottawa, on top of a fifth-rounder in 2021 from Philadelphia for Nate Thompson.

Minnesota was rumored to dish out F Zach Parise to the Islanders but that move never happened. Therefore, the Wild did not make a move at the NHL Trade Deadline.

San Jose moved out F Patrick Marleau to the Penguins for a 3rd-round pick.

Ottawa sent F JG Pageau to the Isles and  F Vladislav Namestnikov to the Avalanche for a pool of picks and prospects.

The Kings moved out F Derek Forbort for a fourth-round pick.