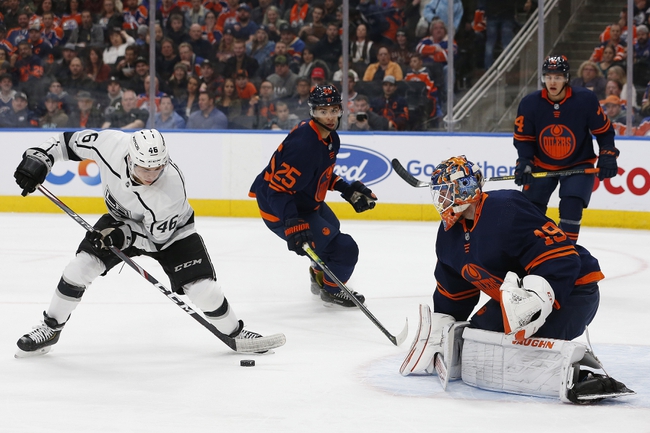 Where to Watch: RSNW, FSW Stream live sports and exclusive originals on ESPN+. Sign up now!

The Edmonton Oilers and Los Angeles Kings meet Sunday in NHL action at the Staples Center.

The home team has won each of the last eight meetings between the Oilers and Kings, and 21 of the last 26 meetings overall. The Los Angeles Kings are on the end of a back to back, but they've played some decent hockey over the last week and hung around with the Avalanche last night in a competitive contest. I'll ride the history and side with the Kings to get the job done at home.

Get Premium Picks Start Winning Now »
The pick in this article is the opinion of the writer, not a PickDawgz site consensus.
Previous Pick
Minnesota Wild vs. St. Louis Blues - 2/23/20 NHL Pick, Odds, and Prediction
Next Pick
NHL Power Rankings - All 31 Teams: 2/24/20