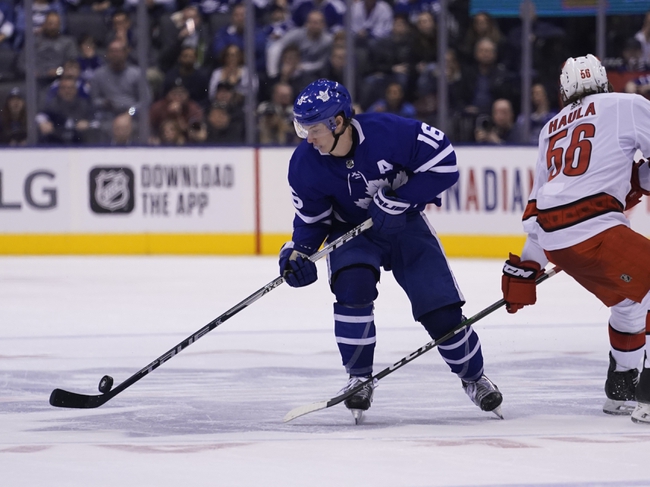 Where to Watch: FSCR, RSNO Stream live sports and exclusive originals on ESPN+. Sign up now!

The Carolina Hurricanes and Toronto Maple Leafs meet Saturday in NHL action at the Scotiabank Arena.

The Toronto Maple Leafs have won six of their last nine games against the Hurricanes and should like their chances here with the rest advantage. The Carolina Hurricanes are coming off a bad loss last night to the Rangers and have had a defense that's slipped a bit during their inconsistency. The Toronto Maple Leafs need to keep piling up the wins to improve their odds of a playoff spot. At home, I'll lay the reasonable price.