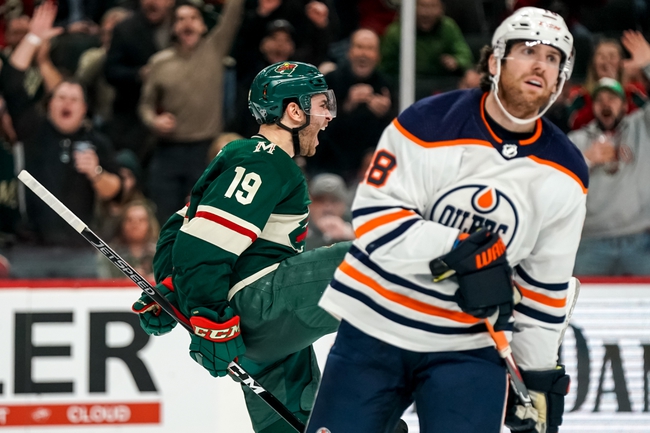 Where to Watch: RSNW, FSN+ Stream live sports and exclusive originals on ESPN+. Sign up now!

The Minnesota Wild and Edmonton Oilers meet Friday in NHL action at the Rogers Place.

The Edmonton Oilers are probably the slightly better team here and in a near pick em spot, I'd usually side with the home team and take my chances. The problem is the Minnesota Wild have owned the Oilers over the years, which includes wins in 14 of their last 17 trips in Edmonton and winning 70.4 percent of their last 61 meetings overall. The Wild are also 2-0 against the Oilers this season. It's hard to ignore one-sided history, especially when we're getting even money with that team.