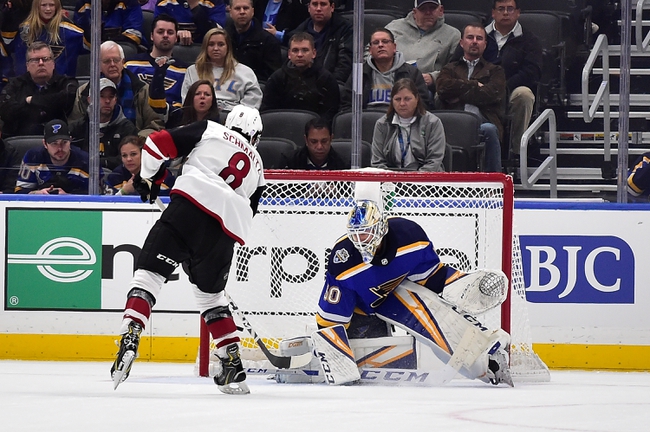 Where to Watch: FSAZ, FSMW Stream live sports and exclusive originals on ESPN+. Sign up now!

The Arizona Coyotes and St. Louis Blues meet Thursday in NHL action at the Enterprise Center.

I'm not thrilled about having to lay this price with a struggling St. Louis Blues club, but maybe a 3-0 win over the Devils was enough to get them back on track. Either way, the Blues have the rest advantage here and home ice. The Arizona Coyotes continue to pile up the losses and effort usually doesn't improve on the end of back to backs. So while the Coyotes have won five of the last six meetings against the Blues, I have to side with the home team, even if this price is a bit steep.