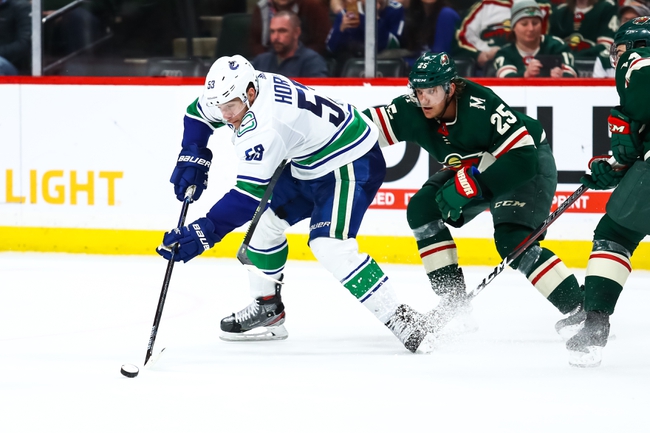 The Minnesota Wild and Vancouver Canucks meet Wednesday in NHL action at the Rogers Arena.

The Minnesota Wild have won three of the last four meetings against the Canucks, so I considered the plus money here, especially with the Canucks struggling to close out games over the last two weeks. However, the Vancouver Canucks have been absolute money on their home ice and have been kind to bettors in the favorite role. Even with this current losing stretch, the Canucks are still the eighth most profitable team in the sport. I'll take the reasonable price and the Vancouver Canucks at home.