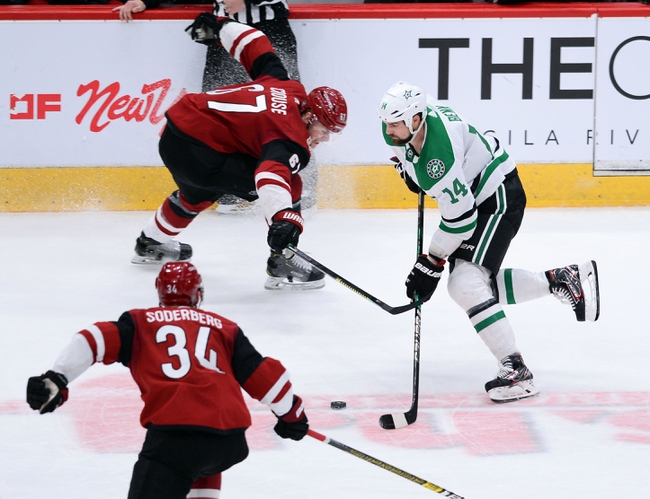 Where to Watch: FSAZ, FSSW Stream live sports and exclusive originals on ESPN+. Sign up now!

The Arizona Coyotes and Dallas Stars meet Wednesday in NHL action at the American Airlines Center.

The Arizona Coyotes have fallen apart over the last month and aren't a team I'm trying to get behind on the road or in the underdog role. The Dallas Stars are back on one of their hot streaks and should like their chances here given that they've won nine of the last 10 meetings against the Coyotes. These teams seem to be heading in opposite directions and the Coyotes are starting to show their true colors of not being quite there yet. I'll take the Stars and the somewhat reasonable price, as you can argue they should be priced much steeper.