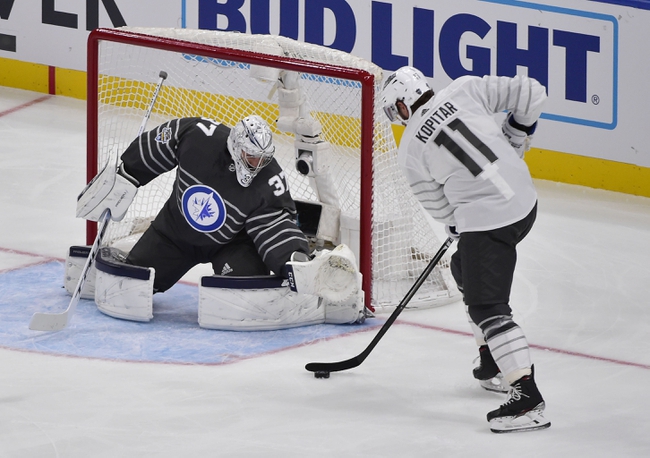 Where to Watch: TSN3, FS-West Stream live sports and exclusive originals on ESPN+. Sign up now!

The Los Angeles Kings and the Winnipeg Jets meet in NHL action from the Bell MTS Place on Tuesday night.

The Los Angeles Kings will look to build on a 3-1 win over the Colorado Avalanche last time out. Tyler Toffoli opened the scoring for the Kings with the lone goal of the opening period before Colorado tied the game at one with the lone goal of the 2nd period coming in the final minute of the frame. This game looked headed for OT before Toffoli scored his 2nd goal of the game with just :55 to go and completed his hat trick by burying on an empty net with :05 to play. Jonathan Quick got the win to improve to 12-22-3 on the year after stopping 32 of 33 shots faced in the winning effort.

The Winnipeg Jets will look to build some steam after a 3-2 win over the Chicago Blackhawks in their last outing. Chicago opened the scoring with just over four minutes to go in the opening period before Mason Appleton tied the game at one just under seven minutes into the 2nd period. Jack Roslovic gave the Jets the lead with just over four minutes to go in the 2nd but Chicago would tie the game at two just 3:30 later. Nathan Beaulieu broke the tie with his 1st goal of the season, giving the Jets the lead less than two minutes into the 3rd, and Winnipeg would ride that lead to the finish line, holding on for a key victory. Connor Hellebuyck got the win to improve to 25-18-5 on the year after stopping 31 of 33 shots faced in the winning effort.

I would give the Kings and the plus money a look if this game was in L.A., but the Kings still stink for the most part on the road and they just traded away their top scorer in Tyler Toffoli away for draft picks. Winnipeg is still in the thick of the playoff hunt and it’s become increasingly evident that the Kings are sellers this season. I’ll side with Winnipeg in regulation to get a more favorable price here.