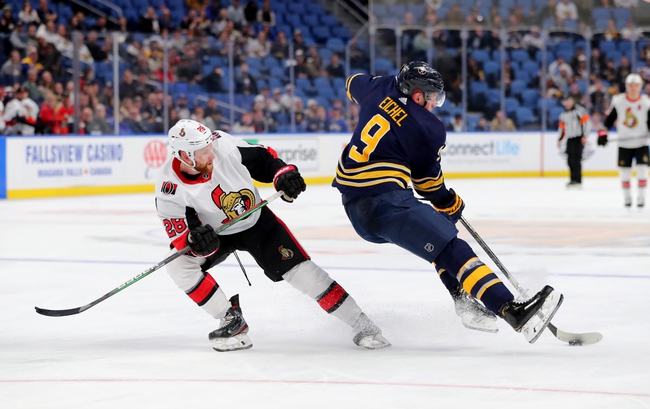 Where to Watch: MSGB, TSN5 Stream live sports and exclusive originals on ESPN+. Sign up now!

The Buffalo Sabres and Ottawa Senators meet Tuesday in NHL action at the Canadian Tire Centre.

The Buffalo Sabres haven't had much success on the road this season, but they're the better team here overall and are showing signs of putting things back together as of late. The Ottawa Senators are still comfortably the second worst team in the league to back this season and haven't won back to back games since November 20-22. That's pretty bad, folks. I have to side with the Buffalo Sabres for the rare road victory.