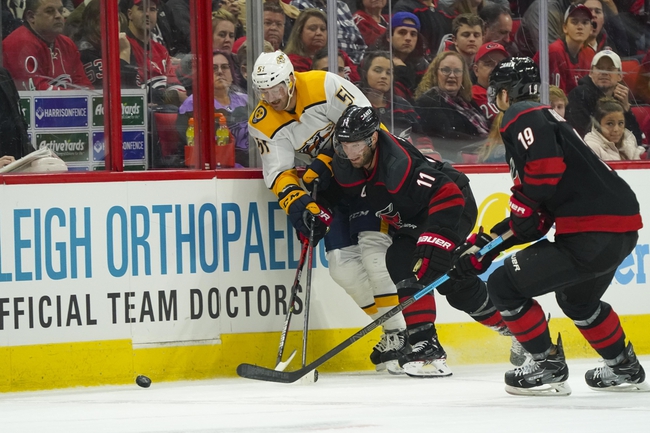 Where to Watch: FSCR, FSTN Stream live sports and exclusive originals on ESPN+. Sign up now!

The Carolina Hurricanes and Nashville Predators meet Tuesday in NHL action at the Bridgestone Arena.

The Carolina Hurricanes have won six of the last seven meetings against the Predators, but they've been rough on the road as of late and the defense is starting to slip a little bit. The Nashville Predators are coming off back to back impressive wins over the Blues and are currently enjoying their best stretch of the season as they've thrown themselves back into the playoff race. I'm not stepping in front of the Predators, and I'm certainly not backing the Canes on the road. I'll take the cheap price with Nashville.