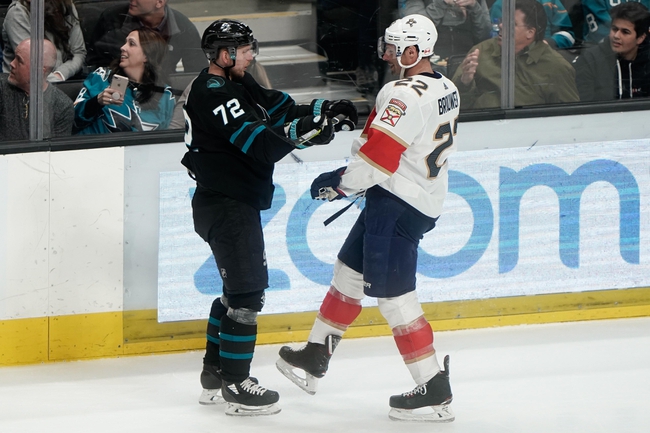 Where to Watch: FSFL, NSCA Stream live sports and exclusive originals on ESPN+. Sign up now!

The Florida Panthers and San Jose Sharks meet Monday in NHL action at the SAP Center.

The Florida Panthers are falling apart rather quickly and a lot of it has to do with a defense that just can't keep the puck out of the net. The San Jose Sharks are playing the better hockey and probably should be favored at home. However, the Panthers need to start winning if they're going to get back in the playoff race, and they've won three straight and five of the last six meetings against the Sharks. The Panthers have outscored the Sharks 15-5 in the last three contests. If the Panthers can't come away with two points in this game, their playoff hopes take another hit.