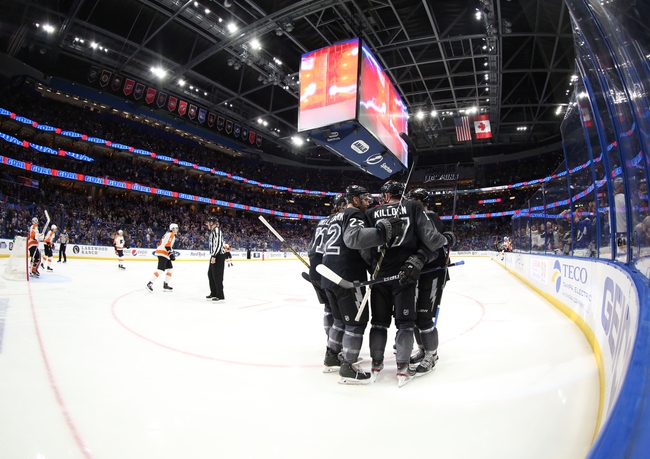 There is no doubt that the Bolts are the hottest team in the league right now. Will they ever lose again?

Boston is on a three-game winning streak and they have the league’s best record. If Tampa did not go on this insane run, Boston would be #1 in the rankings.

Washington has actually kind of struggled recently, losing three of their last four, all in regulation. They are still the team to beat in the Metro.

Pittsburgh took care of business against Montreal and Detroit, they are now set to take on the Maple Leafs Thursday.

Dallas lost a tough game in overtime against Ottawa, but they are on a five-game point streak.

The Islanders won four of five recently but now are on a two-game losing streak.

St. Louis has lost five in a row, and seven of their last eight. Many one-goal losses in that span.

Colorado has lost two in a row after their five-game win streak. They now play Tampa Bay at home tonight, and it should be a great game.

Columbus is on a five-game losing streak, as they have cooled off a bit after being scorching in January and December.

Philadelphia lost 5-3 to Tampa, defeated the Panthers 6-2, and lost to the Islanders 5-3. They are scoring goals, but their defense/goaltending remains a question.

Edmonton has won back-to-back games over Carolina and Florida. Their next game is against the league’s best Boston Bruins.

Carolina lost to Edmonton in extra time in their last game. The Canes are not currently in a playoff spot, but they are right behind Philadelphia.

Toronto lost a clunker, 5-2, to the Buffalo Sabres. Toronto is so deep on offense but their defense has hurt them this season.

Vancouver won back-to-back games over the Preds and Blackhawks but followed it up with a route loss to the Ducks, 5-1.

Vegas looked impressive in their wins over St. Louis and NYI. If they get hot, the Western Conference needs to watch out.

Well, well, well. Look what we have here. Nashville is in the playoff hunt after their three-game win streak against current playoff teams.

Florida has lost two in a row to Edmonton and Philadelphia. The Panthers still have a shot at postseason hockey, but they have to start now.

The Coyotes got a huge win over the Caps at home. We will see if that win can boost them to put a couple W’s together.

After a sharp, 6-0 victory over the Ducks, Calgary’s defense got blown to pieces in an 8-4 loss to the Blackhawks.

Winnipeg took down the Blackhawks at home and have won three of their last five. They currently sit at 4th in the Central Division, tied with Nashville.

Buffalo has won three straight on their home stretch. The Sabres need a lot more where that came from to make a run.

The Rangers lost to their big-time rival Boston Bruins at the Garden on Sunday. That snapped a four-game win streak.

The Habs have lost four straight and HC Claude Julien was fined $10k for making comments about the officials. Rough times in Montreal.

The Wild lost back-to-back games against the Sharks and Rangers.

The Ducks spoiled a Canuck’s home game with a 5-1 win on the road. Quack Quack!

San Jose has won back-to-back games on the road after their 6-2 loss to the Flames.

Ottawa got the overtime win over Dallas on Sunday. They have won two and lost two in their last four.

The Kings took down the Flames at home and then Tyler Toffoli scored a hat trick in the Outdoor Stadium Series game. The Kings won the game 3-1 over Colorado.

Four-game losing streak for the Wings after their big upset over the Bruins at home. In their last three games, the Wings have been outscored 13-3.