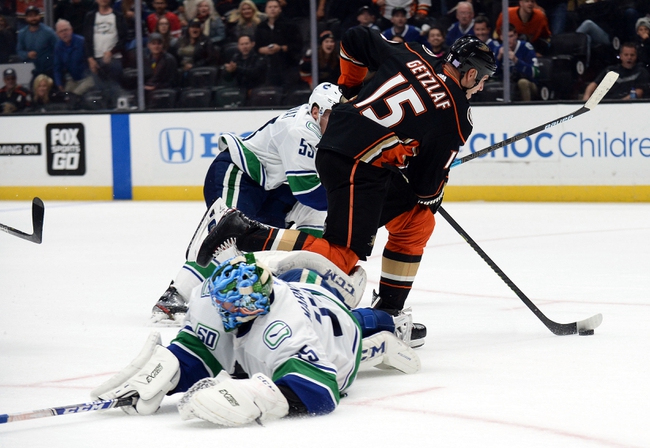 Where to Watch: PRIT, RSNP Stream live sports and exclusive originals on ESPN+. Sign up now!

The Anaheim Ducks and Vancouver Canucks meet Sunday in NHL action at the Rogers Arena.

The Anaheim Ducks have won eight of the last 10 meetings against the Canucks, so a case can be made for the plus money, however, this team is god awful on the road and the defense is horrendous most nights. The Vancouver Canucks have been one of the better home teams in the league over the last month and have the offensive horses to expose that Ducks defense. I'll side with the Vancouver Canucks and the reasonable price.