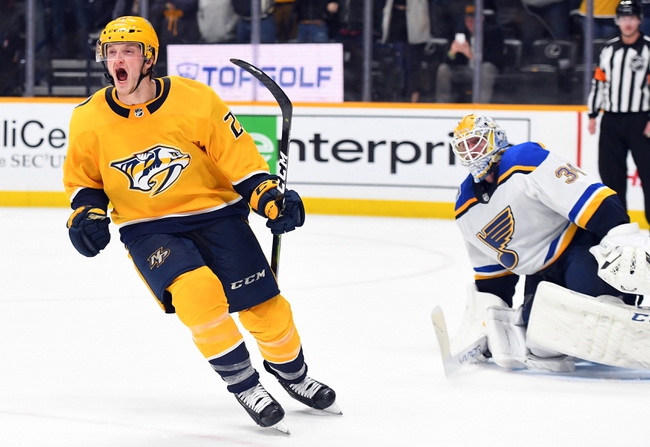 The Nashville Predators and St. Louis Blues meet Saturday in NHL action at the Enterprise Center.

The Nashville Predators are an inconsistent bunch that hasn't had much success against good teams and that lack of defense lately scares the hell out of me on the road. The St. Louis Blues are in a complete slump, but we know it's likely only a matter of time before they turn things around and they play their best hockey by far at home. The home team has won seven of the last nine matches between the Preds and Blues. Give me the St. Louis Blues and the somewhat cheap price.