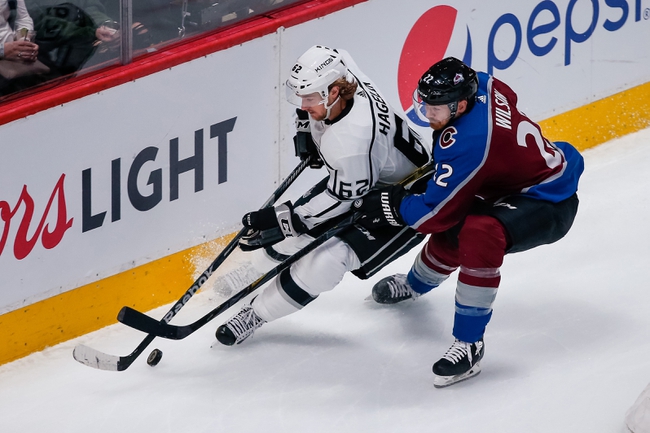 The Los Angeles Kings and the Colorado Avalanche meet in NHL action from Falcon Stadium on Saturday night in another instalment of the NHL Stadium Series.

The Los Angeles Kings will be looking to build on a 5-3 win over the Calgary Flames in their last outing. The game was scoreless through the opening 20 minutes and the first half of the 2nd period before Calgary got on the board with just over eight minutes to go in the 2nd period. Tyler Toffoli tied the game at one just :44 later and Austin Wagner gave the Kings a 2-1 lead just :39 after that. Los Angeles would carry the lead into the 3rdwhere Kurtis MacDermid pushed L.A.’s lead to 3-1 within the first two minutes. Calgary responded just 1:43 later, but Jeff Carter would restore the two-goal lead again with just under five minutes to go in the game. Calgary replied again just 1:43 after that but the Kings would slam the door shut for good with an empty-netter from Sean Walker in the last few seconds to lock up the win for the Kings. Calvin Petersen got the win to improve to 1-1-0 on the year after stopping 35 of 38 shots faced in the winning effort.

The Colorado Avalanche will look to rebound after a 3-2 loss to Washington snapped their five-game winning streak. Andre Burakovsky opened the scoring for the Avs less than three minutes into the game before Mikko Rantanen doubled the lead with just under four minutes to go in the frame. Washington would pull a goal back past the midway point of the 2nd period and the Caps would tie the game with just over seven minutes to go in the 3rd. Washington broke the deadlock with just over two minutes to go, sending the Caps back with the win and taking Colorado’s winning streak along with it. Philipp Grubauer took the loss, falling to 18-12-4 on the year after stopping 35 of 38 shots faced in the losing effort.

I took a look at Los Angeles and the plus money given the amount of successs the Kings have had against Colorado, but the problem is that the Kings are still the Kings on the road, and I just can’t bring myself to back them. Colorado has been so good at home and there’s no shame in having your winning streak snapped to a team like Washington. I think this is a perfect opportunity for the Avs to get back on track, so I’ll side with the Avs and to cut down the juice, I’ll back Colorado on the puck line.