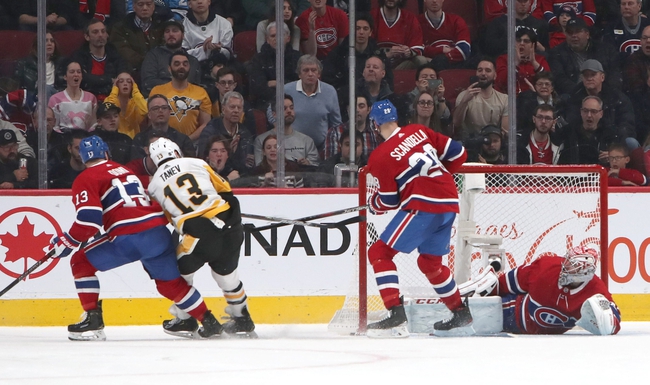 Where to Watch: TSN2, ATTP Stream live sports and exclusive originals on ESPN+. Sign up now!

The Montreal Canadiens and Pittsburgh Penguins meet Friday in NHL action at the PPG Paints Arena.

The Pittsburgh Penguins have won seven of the last 10 meetings against the Montreal Canadiens, and they continue to play some of their best hockey over the last month or so. The Canadiens continue to be hit or miss, and that defense can be hard to trust against some of the better teams in the league. The winner in seven of the last nine meetings between the Canadiens and Penguins has won by two or more goals. Give me the Penguins and the PL for added value.