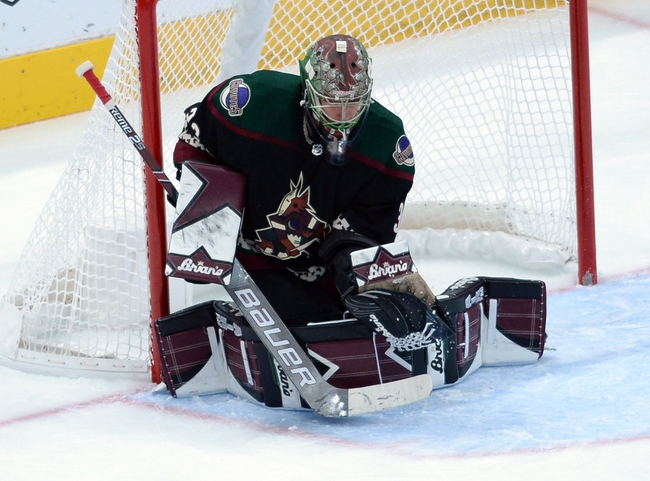 The Arizona Coyotes and the Ottawa Senators meet in NHL action from the Canadian Tire Centre on Thursday night.

The Arizona Coyotes will look to rebound from a 3-2 overtime loss to the Toronto Maple LEafs last time out. Christian Dvorak opened the scoring for the Coyotes just over a minute into the game before Toronto equalized later in the period. Carl Soderberg gave Arizona the lead back late in the 2nd period, but Toronto would get the tie right back just 1:33 into the 3rd period. The rest of the final frame wouldn’t produce a winner, so it was off to overtime where Arizona appeared to have the game won, but the game-winning goal was called back due to goaltender interference. Toronto would use that momentum to come back the other way and score the game-winning goal, sending the Coyotes back with just a single point to show for their hard work. Adin Hill took the loss, falling to 2-3-3 on the year after allowing all 3 goals on 41 shots faced in the losing effort.

The Ottawa Senators will be out to snap a six-game losing streak after a 3-0 loss to the Colorado Avalanche in their last outing. Colorado took the lead late in the opening period, and the 1-0 score would hold up through the first and all of the 2nd before Colorado doubled their lead just after the midway point of the 3rd period. Ottawa did their best to get back into the game, but ultimately it was too little too late as Colorado potted an empty-netter to add to Ottawa’s misery and send the Senators back empty-handed with yet another loss. Marcus Hogberg took the L, falling to 2-5-7 on the year after allowing two goals on 35 shots faced in the losing effort.

Normally I’m not about laying this kind of juice with a team that’s struggling the way Arizona is, losing eight of their last ten games. However, at least the Coyotes are trying to win the games and the loss on Tuesday was a small sample of bad bounces not going Arizona’s way with the disallowed goal in overtime. Ottawa just can’t win anywhere right now and while Ottawa has done their best work at home, I’m not sure it really matters. I’ll lay the juice with Arizona on the road here.