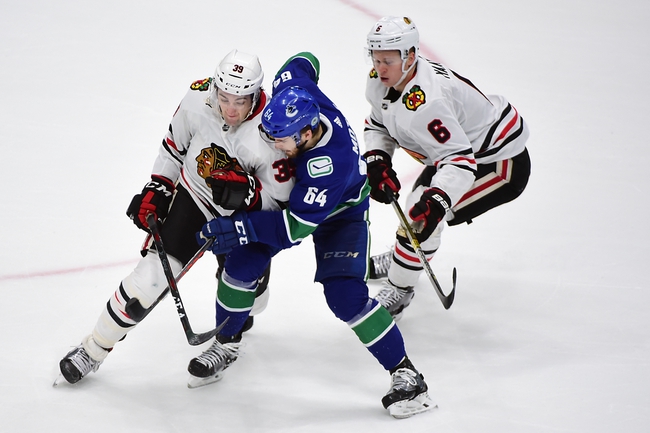 Where to Watch: NSCH, R360 Stream live sports and exclusive originals on ESPN+. Sign up now!

The Chicago Blackhawks and Vancouver Canucks meet Wednesday in NHL action at the Rogers Arena.

The Chicago Blackhawks have been road warriors over the last month or two and have had no issue winning on the end of back to backs, so there's value in the plus money here. However, the Vancouver Canucks are due for a bounce back victory after this little rough patch and they've been dominant on their home ice for the most part lately. With the rest advantage and dominance on their home ice, I'll lay the reasonable price with the Canucks.