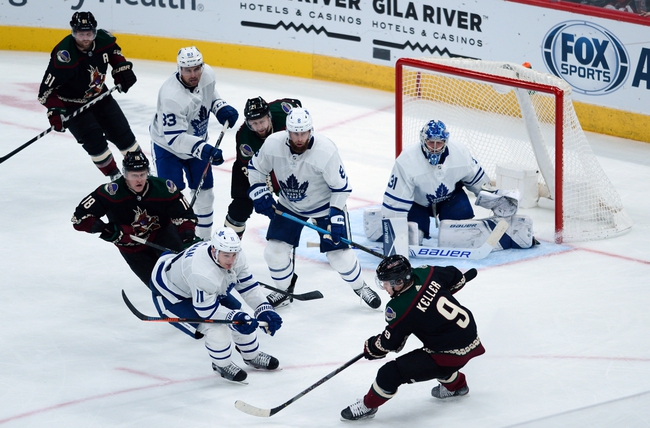 The Arizona Coyotes and Toronto Maple Leafs meet Tuesday in NHL action at the Scotiabank Arena.

The Arizona Coyotes haven't been all to string wins together over the last month, and they've been horrible both on the road and on the end of back to backs. The Toronto Maple Leafs have cooled off over the last two weeks, but they've been incredible on extended rest and should have a massive edge with the Coyotes playing last night. This is a good chance for the Maple Leafs to create some distance in a crowded playoff race. I have to side with the Maple Leafs on their home ice.