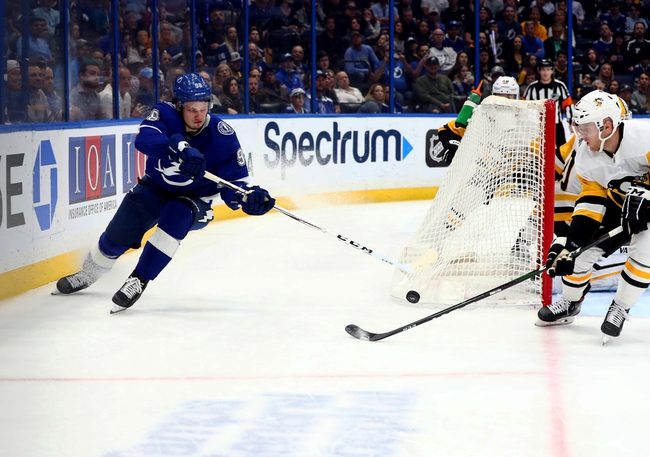 Where to Watch: ATTP, SunS Stream live sports and exclusive originals on ESPN+. Sign up now!

The Tampa Bay Lightning are clearly flexing their muscle right now and are hard to bet against no matter who they play or other circumstances. However, the Pittsburgh Penguins are playing great hockey in their own right and have an edge with the rest and home ice. The Tampa Bay Lightning are coming off a tough, physical game against Columbus last night that went into overtime. The home team has won nine of the last 10 meetings between the Lightning and Penguins. Give me the home team in this contest.