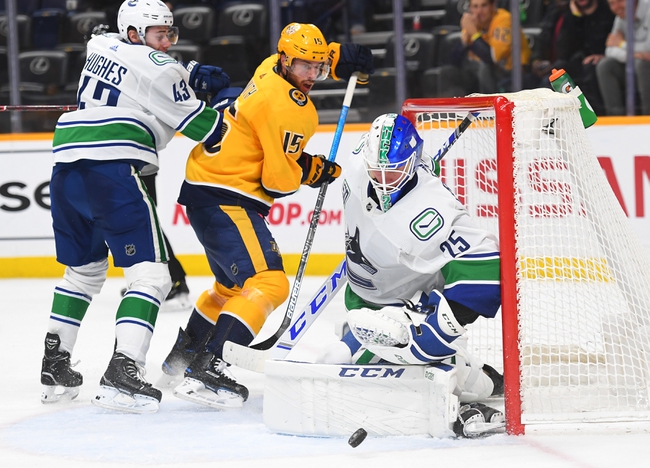 The Nashville Predators and Vancouver Canucks meet Monday in NHL action at the Rogers Arena.

Both of these teams have had issues stringing wins together and the defensive effort on both sides has let us down more times than not. The difference here is that the Vancouver Canucks have won nine of their last 10 home games and should be adjusted after returning from a five-game road trip. The Vancouver Canucks have also won the last two meetings against the Predators, outscoring them 11-6 in those matches. Give me the home team and this cheap price.