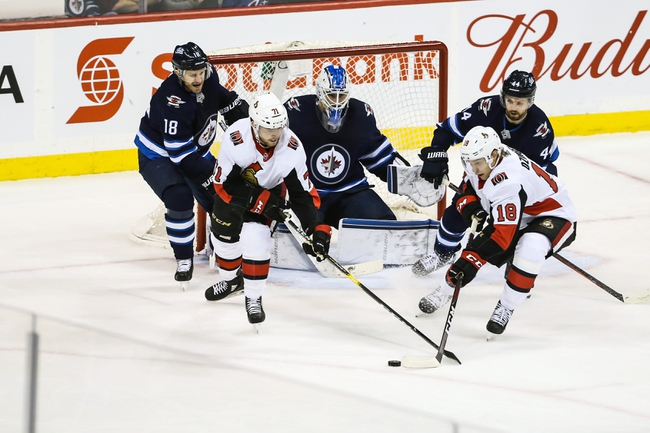 The plus money with the Ottawa Senators seems like a decent bet given that neither of these teams are playing well and laying big juice with the Winnipeg Jets isn't an option given their struggles, especially when home ice hasn't helped. However, I'll side with the over to avoid picking either of these teams. The over has been a strong trend with the Senators on the road lately and it's a strong trend when these teams meet. Four of the last five meetings between the Senators and Jets have produced at least six goals. The last three meetings overall are averaging 8.3 goals. Give me the over.