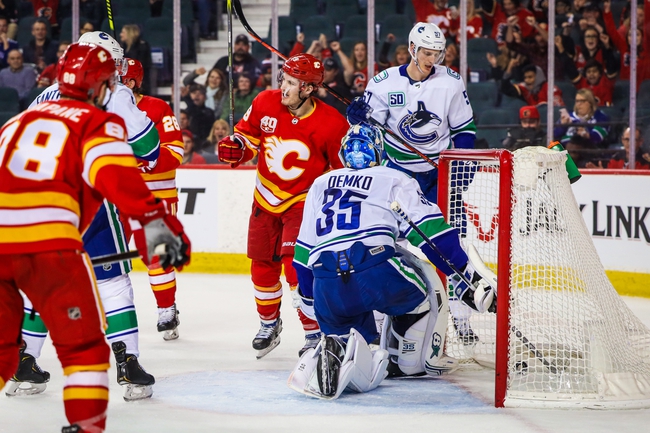 The Calgary Flames and Vancouver Canucks meet Saturday in NHL action at the Rogers Arena.

The Calgary Flames have played some of their best recent hockey on the road, but they're in rough form right now and I can't trust that defense to get the job done in a tough venue. The Vancouver Canucks have been one of the better home teams in the league this season and it's likely only a matter of time before they snap out of their current funk as well. Vancouver and the cheap price at home has to be the play here.