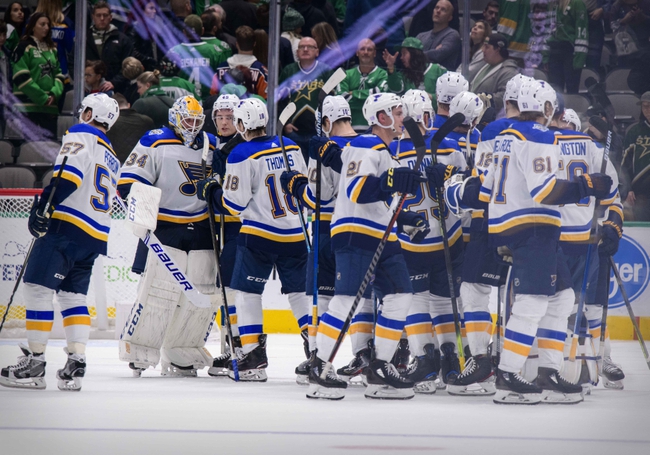 Where to Watch: FSW+, FSMW Stream live sports and exclusive originals on ESPN+. Sign up now!

The Dallas Stars and St. Louis Blues meet Saturday in NHL action at the Enterprise Center.

The St. Louis Blues are going through a rough patch right now, but they're the more rested team here and have to like their chances on their home ice. The Dallas Stars are on the end of a back to back and that once reliable defense has struggled a bit over the last two weeks. The Blues have also won each of the last four meetings against the Stars and six of the last nine meetings. The Blues have hurt me a few teams during this losing stretch, but I'll back them and the reasonable price at home anyway.