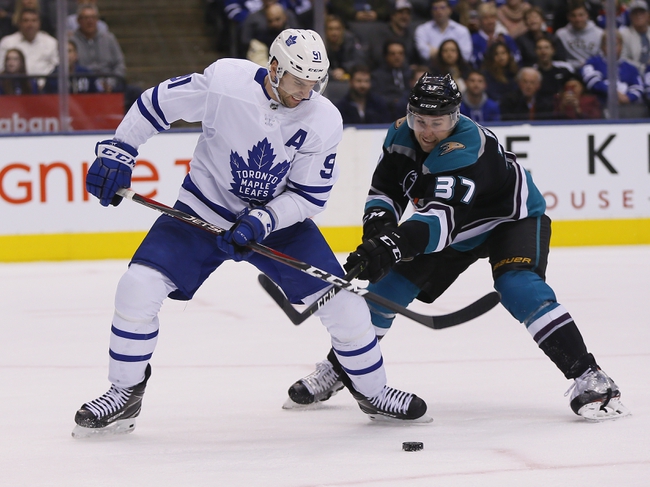 The Anaheim Ducks and the Toronto Maple Leafs meet in NHL action from the Scotiabank Arena on Friday night.

The Anaheim Ducks will look to rebound after a 3-2 overtime loss to Montreal last time out. Montreal took the lead late in the opening period before Jakob Silfverberg tied the game at one just before the midway point of the middle period. Montreal would re-take the lead just over three minutes later, but Derek Grant would tie the game at two for Anaheim just 2:16 into the 3rd period. The rest of the final frame solved nothing, so it was off to overtime where Montreal scored just :25 into the extra frame to pick up the win and the extra point that goes along with it. John Gibson took the OT loss, falling to 16-21-4 after allowing all 3 goals on 27 shots faced in the losing effort.

The Toronto Maple Leafs will look to rebound from back-to-back losses after a 5-3 loss to the New York Rangers last time out. John Tavares opened the scoring for the Leafs early on in the opening period but New York would tie the game at one just 1:14 later and the Rangers would forge ahead 3-1 with a pair of goals :06 apart later in the period. Auston Matthews pulled one back for Toronto late in the 2nd but New York would respond just :34 later and Matthews would score his 2nd of the game to cut the deficit to 4-3 with just three and a half minutes to go, but that’s as close as Toronto would get as New York slammed the door shut to pick up the win by potting an empty-netter with less than a minute to play. Michael Hutchinson took the loss, falling to 4-9-1 on the year after allowing 4 goals on 34 shots faced in the losing effort.

I’m personally not trying to get behind either of these two teams, but Anaheim is still going nowhere fast, and have to play a Toronto team that’s still gifted offensively, it’s just defensive woes that have been the Leafs’ downfall this season. Maybe trading for a capable backup like Jack Campbell (who the Leafs acquired late Wednesday) will be the key to this as I just don’t see Hutchinson as a viable backup for Toronto. Either way, Anaheim on a back-to-back isn’t an ideal spot and this is a winnable game for the Leafs given the circumstances so I’ll side with Toronto on the puck line here to get the price down.