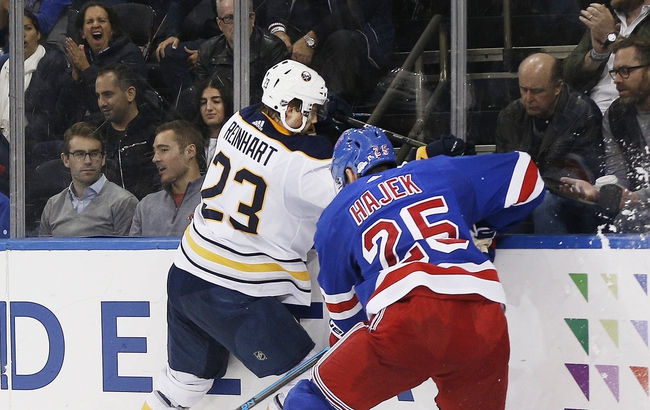 Where to Watch: MSGB, MSG Stream live sports and exclusive originals on ESPN+. Sign up now!

The Buffalo Sabres have been horrible in the underdog role this season, have been even worse on the end of back to backs and have been even worse on the road this season. The New York Rangers are starting to string some impressive wins together lately and the defense has improved the last two weeks. Not sure if it will continue, but the Rangers are playing better hockey right now. The Rangers have also won seven of the last eight meetings against the Sabres, which includes outscoring them 15-5 in the last three meetings. I'll lay the juice with the Rangers on their home ice.