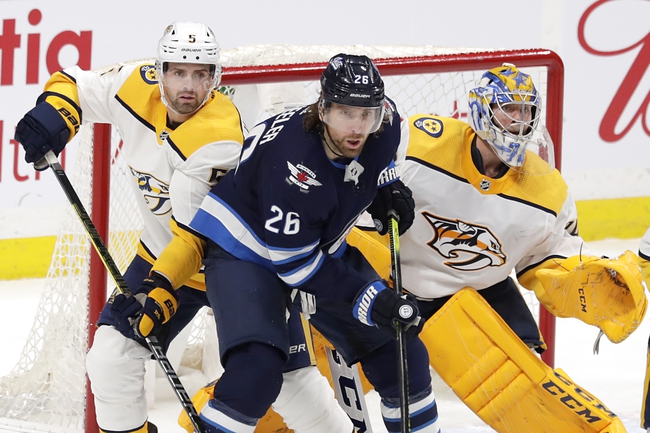 The Nashville Predators and Winnipeg Jets meet Tuesday in NHL action at the Bell MTS Place.

The Winnipeg Jets have won five of the last seven meetings against the Predators, but they're playing horrible hockey at the moment and are a tough sell, especially when home ice hasn't helped much. The Nashville Predators are one of the worst teams in terms of money lost this season, but they've had some recent success on the road and are in far better form than the Jets. Give me the road team in this tossup NHL contest.