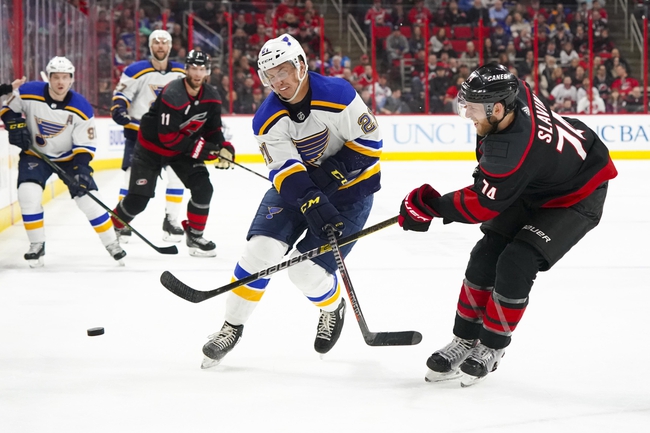 The Carolina Hurricanes and St. Louis Blues meet Tuesday in NHL action at the Enterprise Center.

The St. Louis Blues are falling apart before our eyes as that defense has fallen off a cliff the last couple of weeks, but they've neared enough respect over the last year and a half to assume they're going to turn things around. The Blues have won seven of the last 10 meetings against the Hurricanes. The Carolina Hurricanes haven't had much recent success on the road and usually struggle with physical teams such as the Blues. I'll lay the more than reasonable price with the Blues on their home ice.