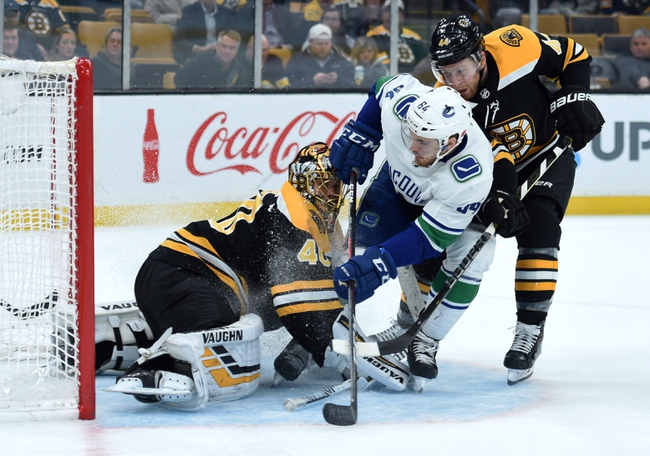 Where to Watch: NESN, RSNP Stream live sports and exclusive originals on ESPN+. Sign up now!

The Vancouver Canucks and Boston Bruins meet Tuesday in NHL action at the TD Garden.

The Boston Bruins should be favored now that they got their act together defensively, but the Vancouver Canucks have won the last three meetings against them and six of the last 10 meetings overall. The Vancouver Canucks are playing good hockey in their own right and have outscored the Bruins 16-7 in the last three meetings. The Bruins make a lot of money on their home ice and are tough to bet against in their current form, but we're getting a great return on a hot Canucks squad. I'll take it.