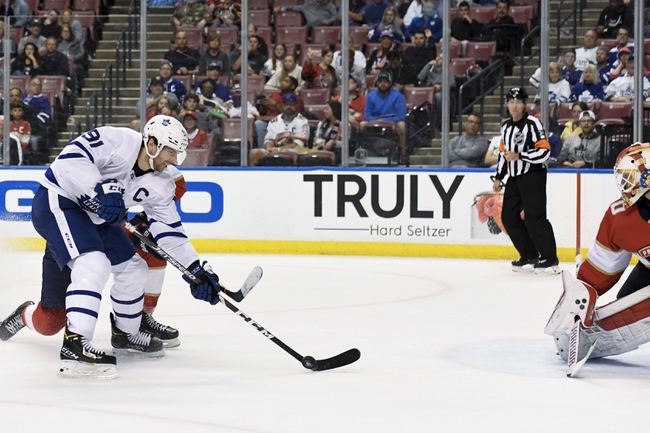 Where to Watch: FSFL, TSN4 Stream live sports and exclusive originals on ESPN+. Sign up now!

The Florida Panthers and Toronto Maple Leafs meet Monday in NHL action at the Scotiabank Arena.

The home team has dominated this series, including winning the last 10 meetings overall and 13 of the last 16 meetings. So, the Maple Leafs should have the edge in this contest. However, the Florida Panthers are currently playing the better hockey and lit the Maple Leafs on fire a couple of weeks ago, scoring eight goals with just 29 shots on goal. The Panthers are enjoying their best stretch of the season, while the Toronto Maple Leafs have cooled off the last couple of weeks. Assuming we're getting plus money with the road team, I'll snag the Panthers for a big victory.

Get Premium Picks Start Winning Now »
The pick in this article is the opinion of the writer, not a PickDawgz site consensus.
Previous Pick
NHL Power Rankings - All 31 Teams: 2/3/20
Next Pick
Detroit Red Wings vs. Philadelphia Flyers - 2/3/20 NHL Pick, Odds, and Prediction