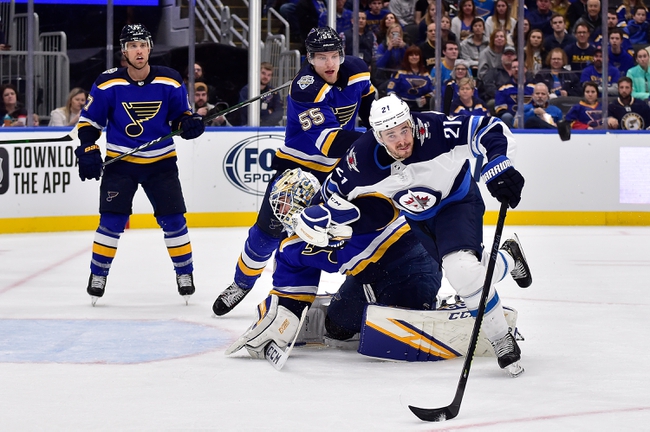 Where to Watch: FSMW, CBC Stream live sports and exclusive originals on ESPN+. Sign up now!

With both teams on the end of a back to back, I'll side with the more trustworthy team in the St. Louis Blues. Yes, the Blues are in a bit of a funk right now, but they've thrived in these spots lately and it's only a matter of time before the defense returns to form. The Winnipeg Jets are riding a five-game losing streak and home ice hasn't helped them much over the last month. Give me the Blues and the cheap price.