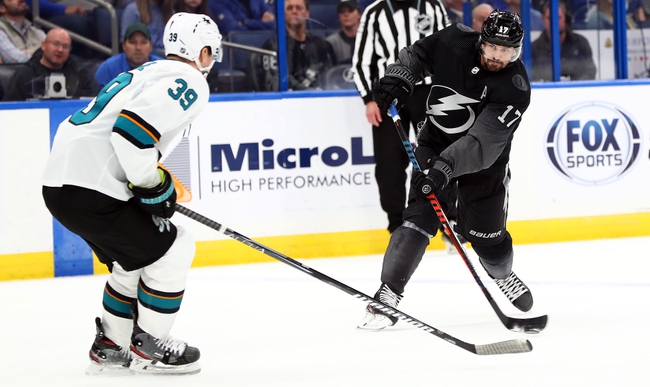 Where to Watch: NSCA, SunS Stream live sports and exclusive originals on ESPN+. Sign up now!

The Tampa Bay Lightning have been money making machines during this stretch and now play a Sharks team they've beaten in five of the last six meetings. In the last two games against the Sharks, the Lightning have won by a combined score of 13-4. The San Jose Sharks are back in one of their slumps where they can't keep the puck out of the back of the net and the offense isn't consistent enough to make up for the mistakes. You have to ride the hot hand and side with the Tampa Bay Lightning on the road.