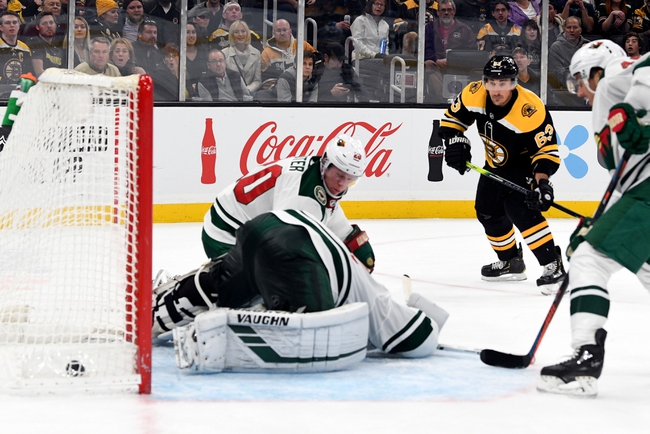 The Boston Bruins and Minnesota Wild meet Saturday in NHL action at the Xcel Energy Center.

The Boston Bruins have won the last five meetings against the Wild, but they haven't had much recent success on the end of back to backs and have been shaky in their play the last couple of weeks overall. The Minnesota Wild are well rested and have shown enough improvement defensively as of late to expect a turnaround to happen at some point. I'll take a chance with the Wild and the plus money given the rest advantage and the home ice.