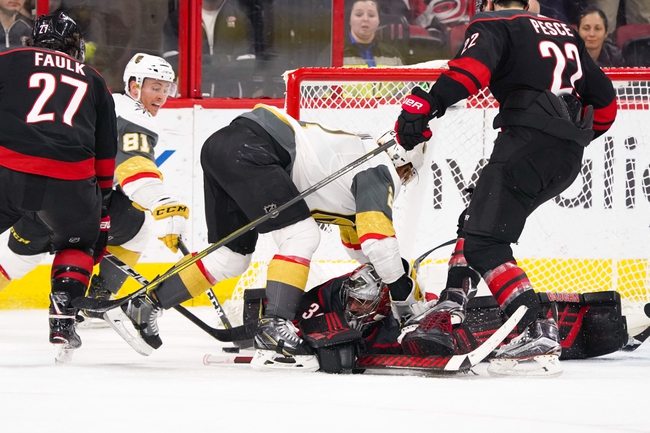 Where to Watch: FSCR, ATRM Stream live sports and exclusive originals on ESPN+. Sign up now!

The Vegas Golden Knights and Carolina Hurricanes meet Friday in NHL action at the PNC Arena.

The Vegas Golden Knights are ice cold at the moment and the defense is back to their shaky ways, so backing them on the road isn't much of an option. The Carolina Hurricanes have been one of the stronger home teams in the league this season and that defensive effort is leading the charge. It's likely only a matter of time before the Vegas Golden Knights turn things around, but on the road against another good team probably isn't the spot. I'll back the Hurricanes and the somewhat reasonable price.